If you love the idea of a balmy night viewing Florida lighthouses, there are a bevy of historic places to visit. As a matter of fact, you can create your own unique tour of these beacons of light. Pack up your RV and prepare for adventure!

At their peak, lighthouses numbered 65; there are only 29 of these examples of Florida history that remain. Originally built to help ships with commerce, the treacherous coast of the state and its numerous reefs were made safer as sailors now had a visual reference. 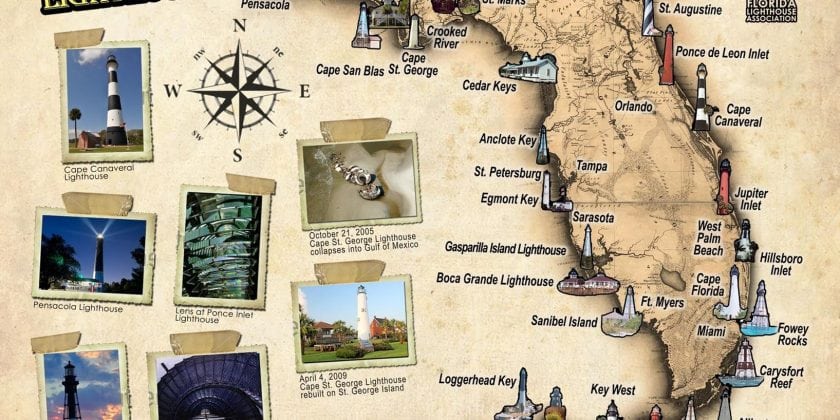 You can make your own tour of this bit of Florida history, whether you are visiting or live within the state. Find a map and plan your own tour or follow these suggestions for family favorites.

Several lighthouses are one to three hours from Orlando if you are visiting this exciting Florida city. Enjoy the beauty of the scenery as you explore these favorites. They are: 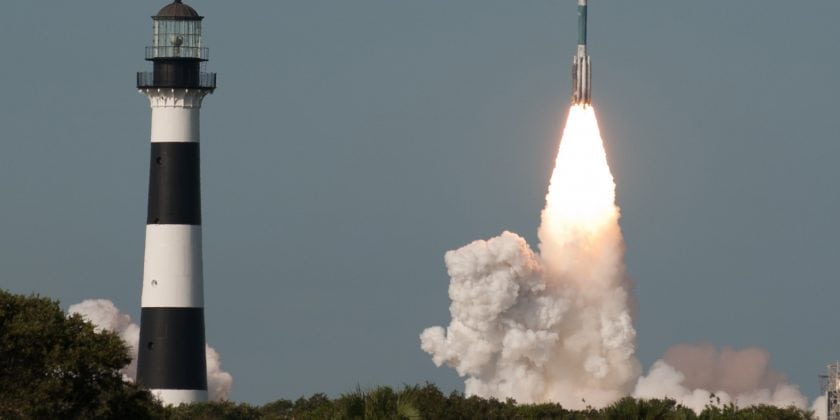 Cape Canaveral Lighthouse is now part of the Kennedy Space Center and is about an hour from Orlando. It was built in 1848; the area was described by Ponce de Leon as “Cape of the Currents”. Tours must be booked 24 hours in advance.

The Ponce de Leon Inlet Lighthouse is about an hour and 15 minutes from Orlando. It is the tallest of the lighthouses and offers a view of Daytona Beach. Learn more about its history at its nearby museum 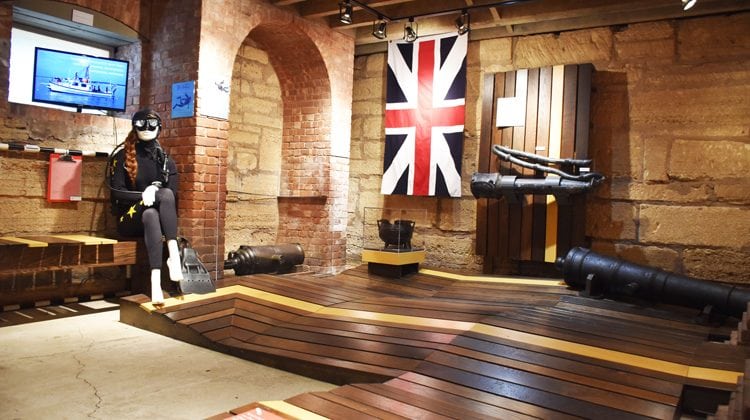 Travel a bit further north to the St. Augustine Lighthouse, about two hours from Orlando. The “Wrecked!” Exhibit adds knowledge and fun as the family discovers a shipwreck found in St. Augustine, dating from 1782.

Jupiter Inlet Lighthouse is to the south of Orlando, about 2.5 hours away. It was home to seamen that were intercepting radio messages from nearby German submarines. The station played a major role in finding submarines during World War II.

The Hillsboro Inlet Lighthouse is on the eastern coast and is south of Orlando. Located in Pompano Beach, it is about three hours from Orlando. This lighthouse was built in the early 1900s to add to the chain of beacons on the eastern seaboard, where it would guide vessels “bound through the Florida Straits into the Gulf of Mexico or to the island of Cuba.” 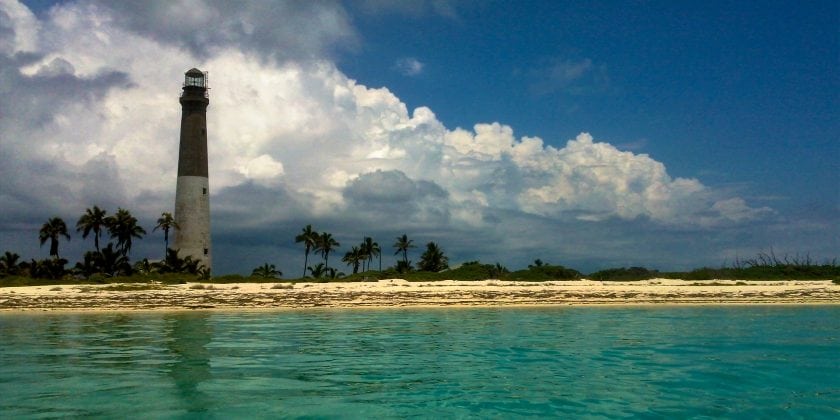 Florida visitors can just do a tour of the lighthouses located in the Key West area. The Key West Lighthouse, built-in 1825, is a destination for lighthouse history. Along the way, visit:

West Coast and Beyond

With a list of lighthouses on the western coast that includes Sanibel Island, Egmont Key, Anclote Key, Boca Grande, and Gasparilla Island lighthouses, you can make that area your destination.

Find out more about Florida Lighthouses and how you can plan your RV tour, visiting one area or traveling the entire coast of Florida; there is so much to enjoy, and spectacular scenery awaits in your tour of Florida lighthouses.