The same warm climate and beautiful outdoor scenery that brings retirees and visitors to Fla. every year also attract outdoor reptiles like snakes. Whether you’re a full-time Floridian basking in the state’s beauty regularly or visiting for a short spell, keep an eye out for the most venomous snakes that occupy the state.

Most snakes in the state are non-venomous, but the six venomous snakes on the list below are the exception. These snakes are typically found in less populated areas but have been known to appear in human-occupied zones. It is a good idea to recognize them all and know when to stay away! 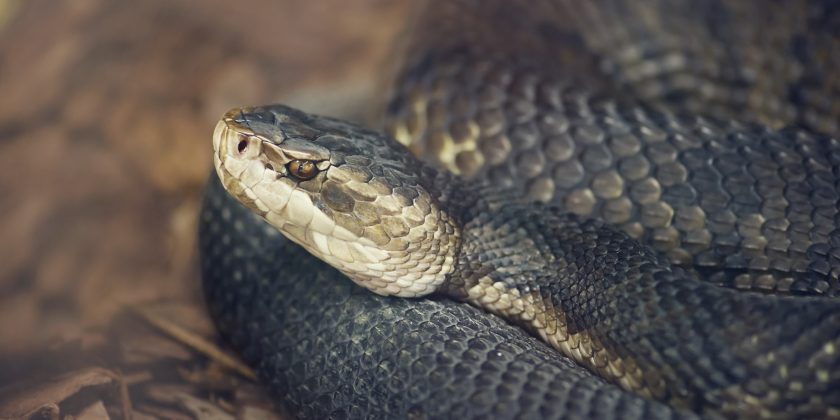 The Florida Cottonmouth can range in color. Look for the large, distinctive, spade-shaped head.

Reaching lengths of up to 6-foot long, the Florida Cottonmouth is the most venomous snake in the state. Referred to as the green-tailed moccasin, the Cottonmouth is found in swampy regions, along the water, and wooded areas. The snake produces venom that damages the tissues. Death is rare, although bites in humans often require amputations. The color can range from a banded olive green or dark brown to a jet black that hides the bands. Its head is noticeably spade-shaped and larger and thicker than it’s neck. 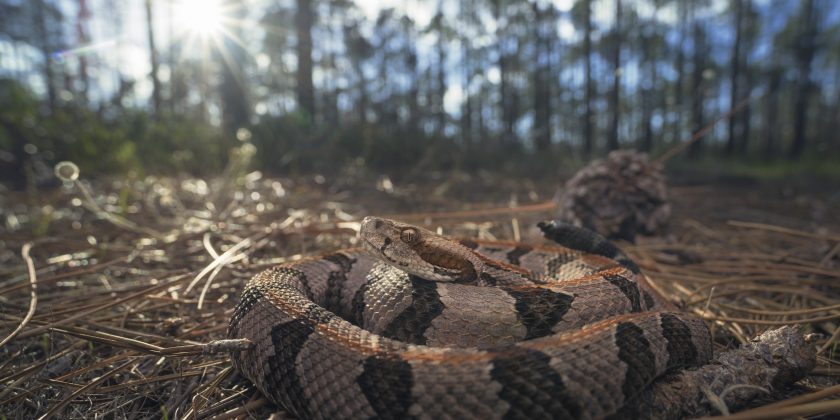 The Florida Timber Rattlesnake has a distinctive reddish-brown stripe running down the center of its back which are dirupted by a series of large black crossbands. 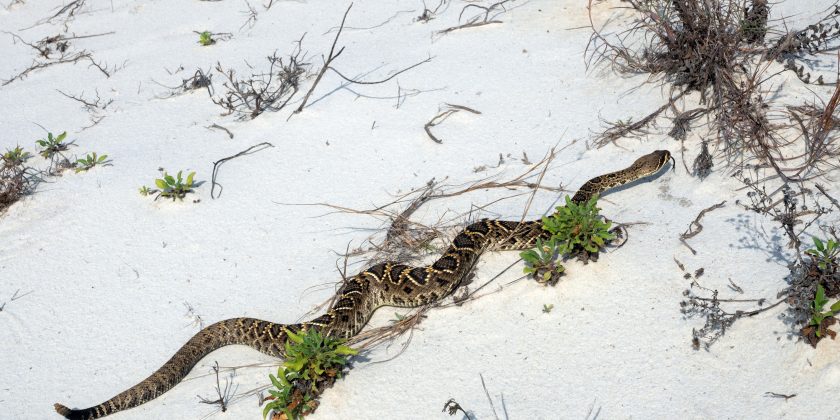 A Eastern Diamondback Rattlesnake shows off the brown diamonds on its back as it crawls along a sand dune in St George Island State Park.

The colorfully banded Eastern Coral Snake is easy to distinguish with its black nose.

The Eastern Coral Snake is easily identified by its colorful body with shades of orange, yellow and black. The snake prefers tropical areas of the state. It is found in all elevations but thankfully is quite shy and prefers to remain secretive. Bites from the Eastern Coral Snake can be fatal but rarely cause mortality. Although the venom is strong enough to kill several humans at once, the low bite-rate and secrecy of the snake keep people safe more often than not. Please note that there are two other snakes in Florida which look similar to the Eastern Coral Snake but are harmless – the Scarlet Kingsnake and Scarlet Snake. Luckily, it is easy to distinguish between them as the Eastern Coral Snake has a black snout while the other two have red snouts. All three are beneficial to the environment and should not be harmed if seen. 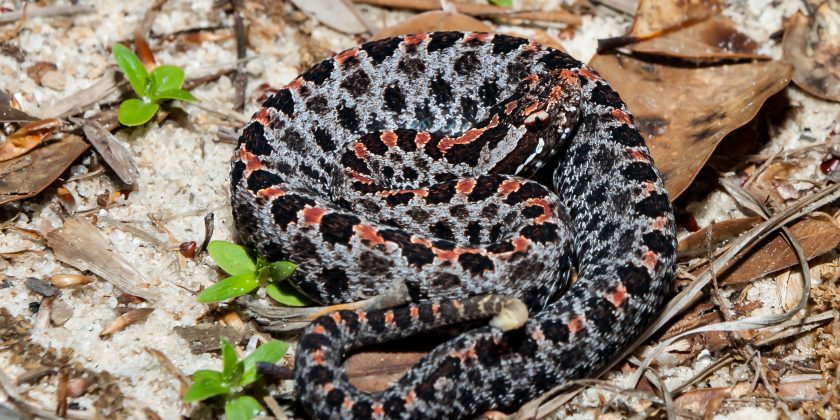 The Dusky Pygmy Rattlesnake has a reddish brown stripe running down the middle of its back.

The Dusky Pygmy Rattlesnake is scattered throughout the state, living everywhere from swamps to along bodies of water to prairies. The snake is aggressive and protects itself against all threats, leading to snake bites. Most bites from the Dusky Pygmy Rattlesnake are very painful but non-lethal. Many require limb amputation. This snake consumed small animals for the biggest portion of its diet. 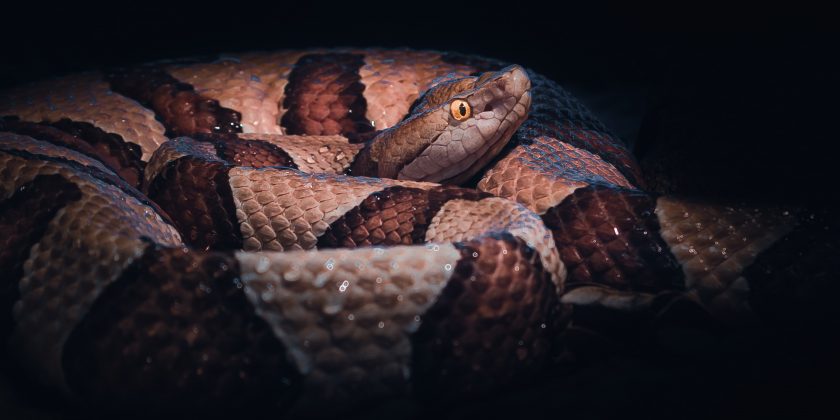 A Southern Copperhead has dark bands in an hourglass shape and an overall pinkish tint.