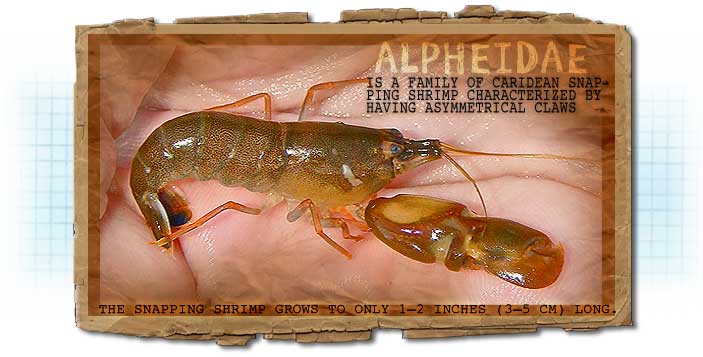 A normal human conversation is typically about 60 decibels (dB). Many animals can roar, scream or screech higher than the 100 dB sound of a jackhammer. Lions, for example, roar at about 114 dB and the sperm whale which typically holds the claim to fame for loudness, clocks in at an impressive 230 dB.

So how loud exactly are the intense screams of the Pistol or Snapping Shrimp and how are they created? The 1.5-2″ long shrimp has one very large snapper claw that has a pistol-like feature on the end instead of the typical pinchers. The shrimp cocks one side of the claw and snaps it against the other side so fast that it fires a bubble bullet at up to 62 miles per hour and creating a 218 dB shock wave as the bubble bursts. It is the sonic shock wave which stuns the shrimp’s prey.

As the bubble bursts, it creates sonoluminescence which is the emission of a short burst of light from bubbles imploding in a liquid excited by sound. This emission reaches temperatures of 8,000° F. In comparison, the surface temperature of the sun is estimated to be between 7,300- 9,950° F. Weaponized bubble bullets almost as hot as the surface of the sun sounds seriously dangerous. 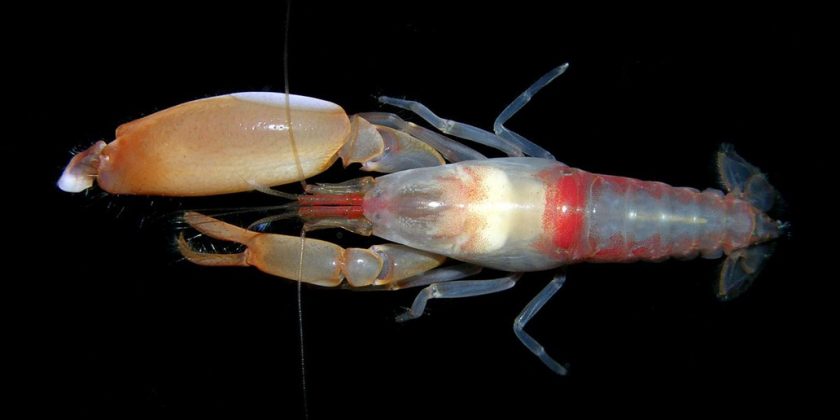 These underwater gangsters are far from conservative with shooting off their guns whether hunting or communicating with each other. Vast colonies of of the shrimp have been known to create such a disturbance that the sound will echo through canoes and other watercraft, keeping sailors awake at night.  The sonic noise can become so intense that it can even disrupt sonar equipment. In fact, during World War II the US Navy stationed their submarines in colonies of Pistol Shrimp and played Pistol Shrimp snapping sounds from underwater speakers to acoustically camouflage the vessels from detection from sonar equipment! 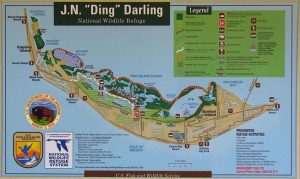 Pistol Shrimp can be found in coral reefs, submerged seagrass flats and oyster reefs of temperate coastal waters. J.N. Ding Darling National Wildlife Refuge on Sanibel Island has abundant colonies of the trigger-happy shrimp. You can find them hunting just under the surface of the water, normally wherever people are fishing. If you are near the shore, listen for the fizzing or crackling sound of their shots being fired to observe a shrimp-sized sharp-shooting match!