Immediately following the Civil War, Palatka earned the moniker “Gem City of the St. Johns.” During a golden era from 1865 to 1895, the area capitalized on lumber, citrus and tourism dollars flowing through its busy port on the St. Johns River. A major freeze at the turn of the century precipitated the end of the era and what followed was a period of economic decline.

During the Great Depression, the ravines became a New Deal public works project as a way to bring tourist dollars back to the area. Opened in 1933, the park featured some 270,000 plants in planned formal gardens as well as several cypress buildings. It became a state park in 1970. 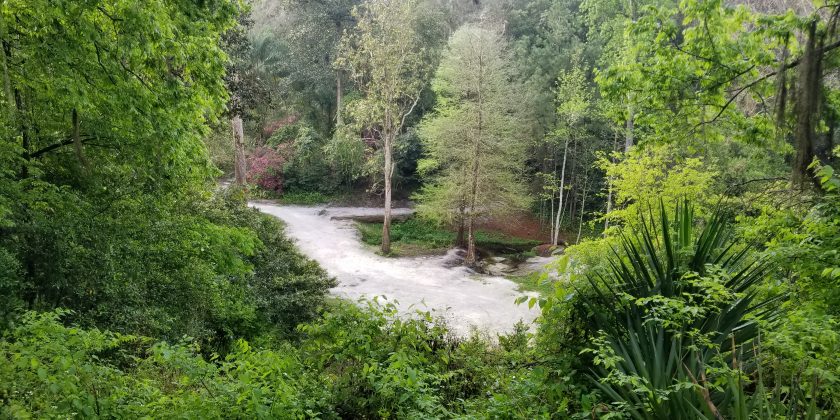 The Whitewater Branch stream as viewed from the Steephead Raving. Photo credit floridastateparks.org.

The two ravines within the ravine system in the park were created by the Whitewater Branch, a spring-fed creek that flows east to the St. Johns River. They are what are referred to as “steephead” ravines. This means that underground springs undercut the sandy slopes causing them to collapse downward. The ravines reach elevations up to 120 feet with steep 45-degree angled slopes.

While vegetation within the ravines is allowed to grow naturally, there are about 5 acres of formal gardens in the park. In addition to thousands of ornamental plants, there are also fieldstone terraces, water features and fountains. At the entrance of the park is the palm tree-lined open-air colonnade garden called the Court of States. Flags representing the 48 states that made up the country at the creation of the park are erected on holiday weekends. They flank a 64-foot obelisk dedicated to president Franklin Roosevelt. 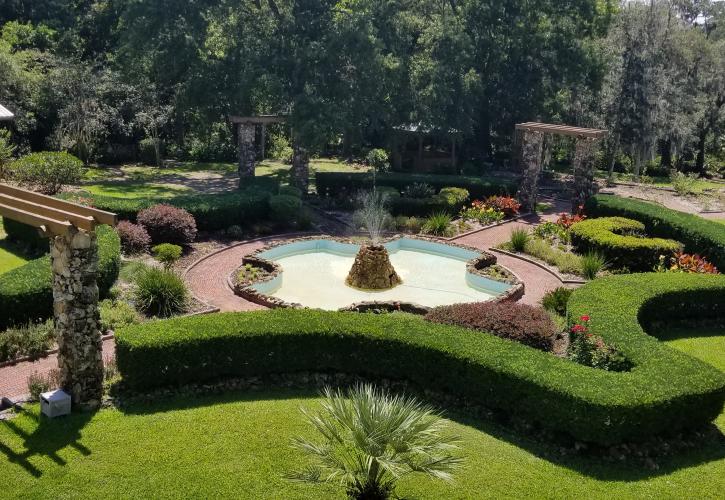 There are two main trails within the park.

Another main attraction of the park is the civic center, available to rent for large gatherings. It hosts an auditorium with a stage large enough to accommodate 160 people and other function rooms available for rent. There is also a full commercial kitchen on site. 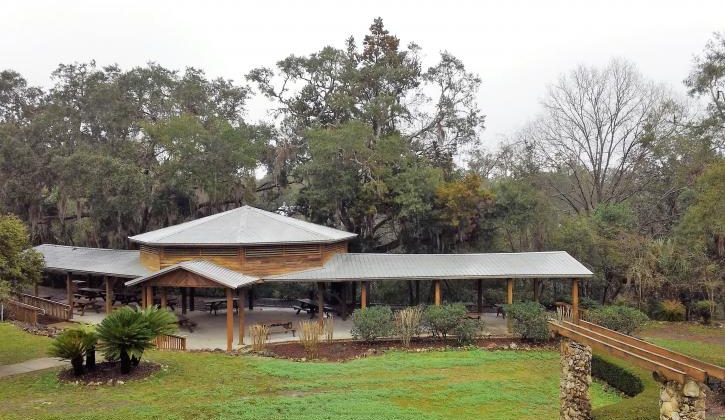 The pavilion which is available for rent. Photo credit floridastateparks.org.

With so many ornamental plants, there is always something in bloom within the park, but between January and April, the azaleas are at their breathtaking best. During the first weekend in March, the park and the town of Palatka celebrate the Azalea festival. The entire park is awash with vibrant, colorful azaleas in several different shades, with up to 50 to 60% blooming simultaneously at any given time.

In addition to multiple varieties of azaleas, the park is also home to bay trees, dogwoods, magnolias, live oaks and laurel oaks. Wildlife within the parks consists of small woodland creatures such as squirrels, opossums, fox and skunk, as well as aquatic species like turtles, otters and alligators.

There are multiple locations within the park for picnicking. This includes two pavilions, the largest of which offers electric hookups, BBQ grills and can accommodate up to 100 people. The smaller pavilion is located near the amphitheater and can host 20 people. Several picnic areas can be found along the Main Park Drive as well. 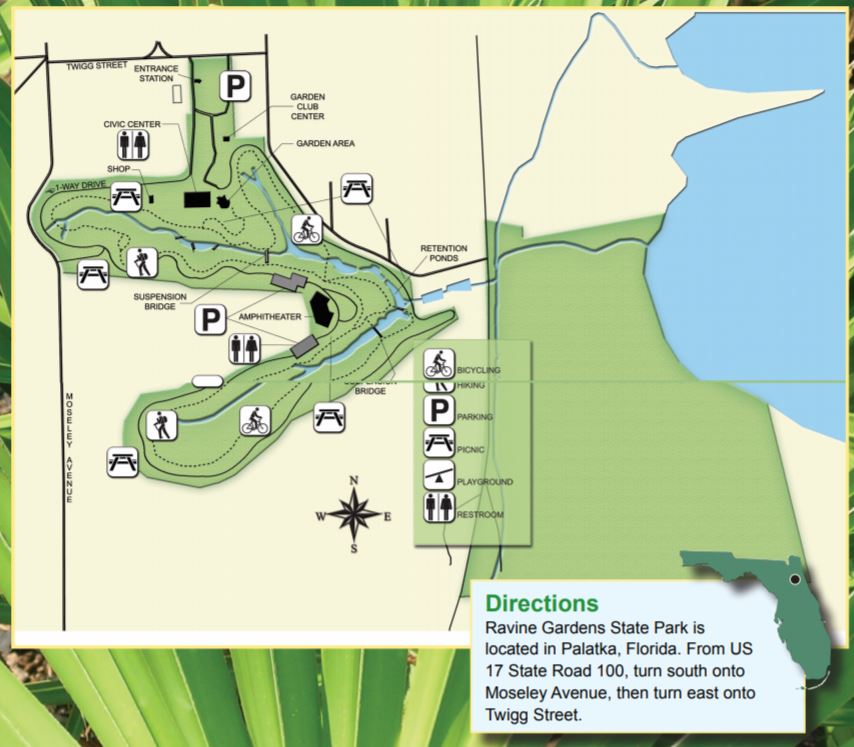 Although Ravine Gardens does not offer overnight tent or RV camping, the nearby Mike Roess Gold Head Branch State Park does. It offers 39 RV and tent sites, 15 cabins and 26 tent-only sites. It lies east of Ravine Gardens in Keystone Heights, FL.

For those seeking to expend some real energy, the park also boasts a playground for kids and a parcours fitness area. The playground is wheelchair accessible and has parking and restrooms located nearby.