Considered among the bellwether trade shows in the industry, the Florida RV SuperShow held last week in Tampa enjoyed a combination of great weather and consumer confidence to break records – a strong indicator that the Jacksonville RV MegaShow coming up on Feb. 8 – 11 may draw the largest crowds ever.

According to marketing director Dave Kelly, visitors were definitely in a buying mood. 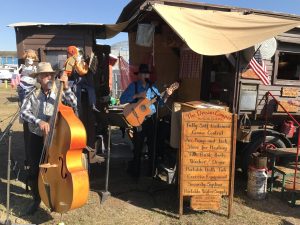 “At this year’s show, we experienced the perfect storm of pent up demand, record stock market levels, low interest rates, stable gas prices and five beautiful days of weather,” Kelly said. “We feel that the SuperShow reflects the attitudes of the RV consumers nationwide, since so many attendees come from all over the country. If the SuperShow is any indication, the industry is on pace to set more records again this year.”

Kelly said 2018 Florida RV SuperShow’s theme, ‘Wherever You Roam, You’re Always at Home,’ related to the RV owners’ ability to “bring their hunting gear, fishing equipment, bikes and anything else they have room for” when traveling in an RV.

“We thought the theme really built upon the interest in outdoor recreation, which is at an all-time high,” Kelly said.

According to the Recreational Vehicle Industry Association (RVIA), shipments of RVs in 2017 are expected to hit their highest in nearly four decades. Though the final numbers are still being tallied, RV shipments are expected to come in at 505,600 in 2017, a 17.4 percent jump from last year – reaching 520,700 RV shipments by the end of this year.

RV dealers in Northeast Florida, and throughout the country, are enjoying the RV revival after experiencing the Great Recession in 2008, when shipments plunged by a third in and then dropped more than 30 percent in 2009. Sales rebounded by more than 46 in 2010 as the economy recovered and discretionary spending revived. Since that time, lower gasoline costs, and lower interest rates for financing products that range in price from $10,000 to $1 million, have fueled the RV rebound.

At the same time, the prices on RVs have only increased at an annual rate of about two percent since 2007.

Attendance at the Jacksonville RV MegaShow last year was up about 2,000 compared to the previous year and, “if mother nature cooperates,” local Florida RV Trade Association (FRVTA) Board of Directors President Ken Loyd says this year’s show will set another record. 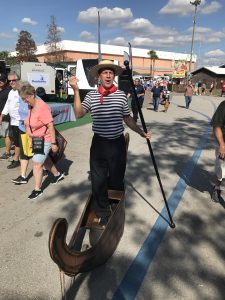 “The Tampa SuperShow was one of the best I’ve ever attended,” said Loyd, who attended as an exhibitor for Jacksonville’s Flamingo Lake RV Resort, where he serves as marketing director. “Last year, the exhibit area was so crowded at times you couldn’t even move, but this year there were more people outside shopping for campers than in the vendor building, so they were looking to buy RVs more so than accessories.”

Gary Fowdy, the business development manager with Camping World in St. Augustine, says a quick review of data entries they received from the SuperShow also indicates there were many more first-time buyers there than ever before.

“Based on what I saw, about half of the attendees had never been into one of our showrooms, which means there’s a brand-new group of people attending our RV shows for the first time,” he said.

Also, despite physically being at the Tampa RV Show, some visitors were reaching out to local dealers about the RVs they were seeing at the SuperShow.

“I just think it’s interesting on how digitally connected buyers are now,” said Whitney Broyles, business development and internet manager at Camping World RV Sales of Jacksonville. “We received messages from people who were there, asking if we would have similar show pricing at the Jacksonville Show and saying ‘well, I’ll wait until your show.’”

Loyd notes that show managers have modified the layout of the exhibit area to accommodate up to 70 vendors at the equestrian center, the largest number to ever take part in the Jacksonville RV MegaShow, and he expects all the available space will be leased prior to the show opening.

Attendance was roughly 8,000 at the Jacksonville RV MegaShow last year. But based on the record number of RV enthusiasts who attended the Tampa SuperShow, strong sales among area dealers this year, along with the cancellation of the association’s annual St. Johns County Show in October after Hurricane Irma, dealers are hoping that pend-up demand will re-create that “perfect storm” to boost attendance at the Jacksonville show for a second consecutive year.

“There are more people looking at the RV lifestyle than ever before, and our show offers people to see the widest variety of RVs available from nearly all manufacturers at a single location,” Fowdy said. “We’re preparing for a great show.”

The Jacksonville RV MegaShow is open from Thursday, Feb. 8 through Sunday, Feb. 12 at the Jacksonville Equestrian Center, located at 13611 Normandy Blvd. Show hours are from 10 a.m. to 6 p.m. each day. Tickets are $8 for adults and children under 12 years of age are admitted free.

All active and retired military and first-responders who attend will receive half-off the regular admission price throughout the show. On Thursday, Feb. 8, the opening day of the show, all seniors will receive half-price admission. Tickets can be purchased at the event site, and parking is free.

Also, from 11 a.m. to 4 p.m. on Saturday, Jacksonville author Linda Segall will sell and sign copies of her new book Don’t Back into the Palm Tree! Real Life Lessons for New and Wannabe RVers.

As an additional incentive for visitors, a $250 Visa Gift Card will be awarded to a guest as a door prize each day of the show.

For more information, people should visit the Jacksonville RV Show Homepage or contact the Florida RV Trade Association at 813-741-0488.