Acting as a compact home on wheels, you’d expect an RV to come with a full array of home comforts that run on electricity. Sometimes, rechargeable batteries might be enough to keep things going, but it’s more likely the juice has to be produced on-site. The two big options these days are portable generators or solar panels. Making a choice comes down to knowing their pluses and minuses. There are three broad categories that can be used to compare these rivals including costs, power output, and convenience. Of course, if money’s no object, the two can be combined. Even in this case, info on their following strengths and weaknesses make bringing the two together easier.

It’s often said that solar power is free, but the reality isn’t quite that simple. The initial equipment costs for photovoltaic solar panels and their supporting accessories can certainly set you back a bit. But also keep in mind that PV panel systems are typically roof-mounted and complicated, so it’s wise to leave the installation to a paid professional. Generators rarely need professional installation. The good news is once these initial expenses are made, solar panels don’t have many additional costs. They might need a routine cleaning, but as a mechanical device, a generator will demand regular maintenance work. Speaking of regular routines, fuel to feed the machine is a constant expense that varies according to the amount of electricity produced while boondocking. There’s also the possibility of more costly unexpected repairs from a mechanical malfunction. 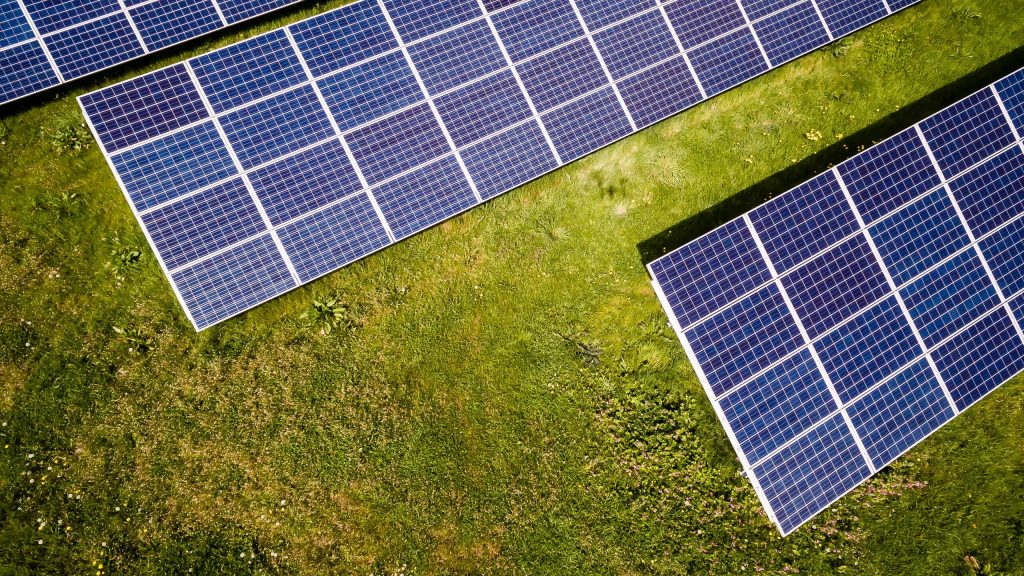 Regarding the use of a solar power system on your RV, the biggest determinant of electrical output is nature. Relying on the Sun as its fuel source, a solar panel array is at the mercy of nature. It’s pretty obvious you won’t be getting power from this equipment at night, but you should also keep in mind that even in Florida, winter days are relatively short, so there’s a limited amount of daylight to draw on during this season. On the other hand, any time of year in this state carries a good chance of clouds and rain that’ll definitely hamper energy output. With PV panels, another problem area is the limited amount of roof space on the RV translating into limited electrical output. This can be remedied with additional panels that can be set out at the boondocking site to capture more sunlight. Of course, these extra panels require more storage space on the RV. Then they require extra work when setting them up for use.

Unlike PV panels, nature won’t get in the way of a portable RV generator. This machine can crank out lots of juice day or night or rain or sunshine. Sounds great, doesn’t it? Oh, speaking of sounds, while nature isn’t much of an obstacle, human rules definitely are. Most camping locations have laws concerning noises produced by gasoline generators. They might restrict use to only a few hours a day or certain areas of the grounds, or they might not permit them at all in some spots. The nice thing here, though, is that an RV generator can produce plenty of electricity to recharge a bank of storage batteries fairly quickly to carry you through these situations. When the generator can be used directly, it can provide the energy demanded by power-thirsty devices often found on an RV like a refrigerator or water delivery pump that can often overwhelm PV solar systems.

On the basis of cubic inches of equipment per watt produced, a gasoline RV generator is much more compact than a solar power system. The drawback here, though, is that while the generator doesn’t consume much space, if you’re boondocking in an isolated location for quite a bit of time, you’ll have to tote along additional cans of fuel. This is something you won’t have to worry about with solar panels. One area of convenience where generators really shine is in usability. These machines are simple to use, and they are very portable if you need to remove them from the RV for some other purpose. As already mentioned, some camping locations put restrictions on firing up generators due to noise. Even if you’re not under such restrictions, you might still find the noise of a generator inconvenient along with odors from the exhaust. This can be partially fixed by getting a unit with a muffler, but there will still be some noise while PV panels eliminate this problem altogether.