Villa Vizcaya was constructed from 1910 to 1922 as a winter home for art collector, conservationist and industrial executive James Deering. The International Harvester Vice President modeled the home on the banks of Biscayne Bay after a centuries-old Italian villa. After it’s completion, he lovingly furnished the 54-room, 38,000 square foot main home with large-scale purchases of European antiques. 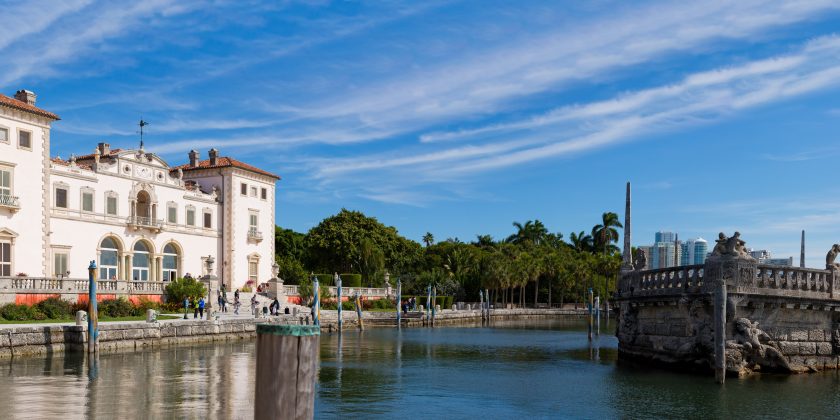 The house was designed to take full advantage of its location on Biscayne Bay in what is now the Coconut Grove area of Miami. Even thought there was an elevated ridge several hundred feet inland which would have provided a much easier, safer and less costly site to on which to build, Deering insisted on preserving the native forest and building the home as close as possible to the water. The relationship of the home placement to the water was key as he envisioned the home being approached from the water and

As a man whose family’s fortunes came from industrialization, Deering incorporated the latest technology and building methods into the crafting of the home including a wide, elevated, reinforced terrace which made it possible for the home to perch on the edge of the bay.  The home was largely built out of reinforced concrete and included modern amenities such as generators, a water filtration system, heating and ventilation, two elevators, a central vacuum-cleaning system and a partially automated laundry room. To easily transport materials to the building site, he constructed a railroad track to connect with the Florida East Coast Railway. He also dredged a channel in the shallow waters of Biscayne Bay to allow boats to deliver passengers, supplies, furnishings and works of art to the home. 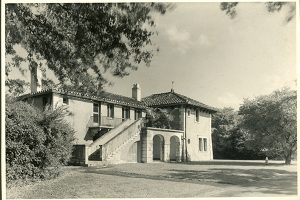 Deering employed his background as a manufacturer of farm equipment to establish agricultural facilities on the western side of the 180 acre estate in the tradition of the great old European estates he sought to emulate. He set aside 12 acres a for the Village where his staff lived, grew crops and raised farm animals to support the Main House. 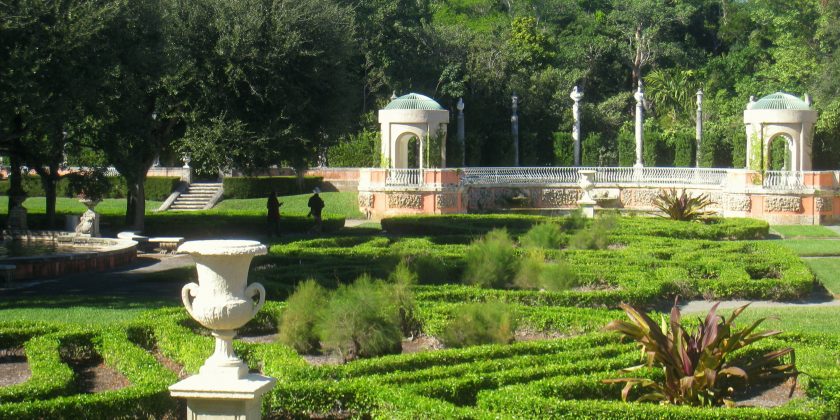 On the east side of Villa Vizcaya, Deering built some of the most elaborate gardens in the United States. The open spaces are organized as a series of “rooms” or individual gardens including the Secret Garden, Theater Garden, Maze Garden and the Fountain Garden. On either side of the formal gardens, the native forest was preserved as a lush backdrop to his creations.

The gardens and Main House are furnished with a vast collection of art that represents many different cultures and periods. Ancient Roman sculptures and Renaissance tapestries are at home with Chinese ceramics and Rococo furniture.

Visitors to the home of the opportunity to intimately view the treasures but access is limited in areas to visitors using mobility devices. As the home is a National Historic Landmark which is the highest honor bestowed on historic buildings in the United States, the site has been preserved as designed. Their site has more information on the accessibility options.

The estate is open Wednesday through Monday from 9:30am to 4:30pm. It is closed Thanksgiving and Christmas Day. There is an admission fee which which includes access to the Main House and grounds. Tickets can be purchased on online at vizcayatickets.org or you can call 305.250.9133.