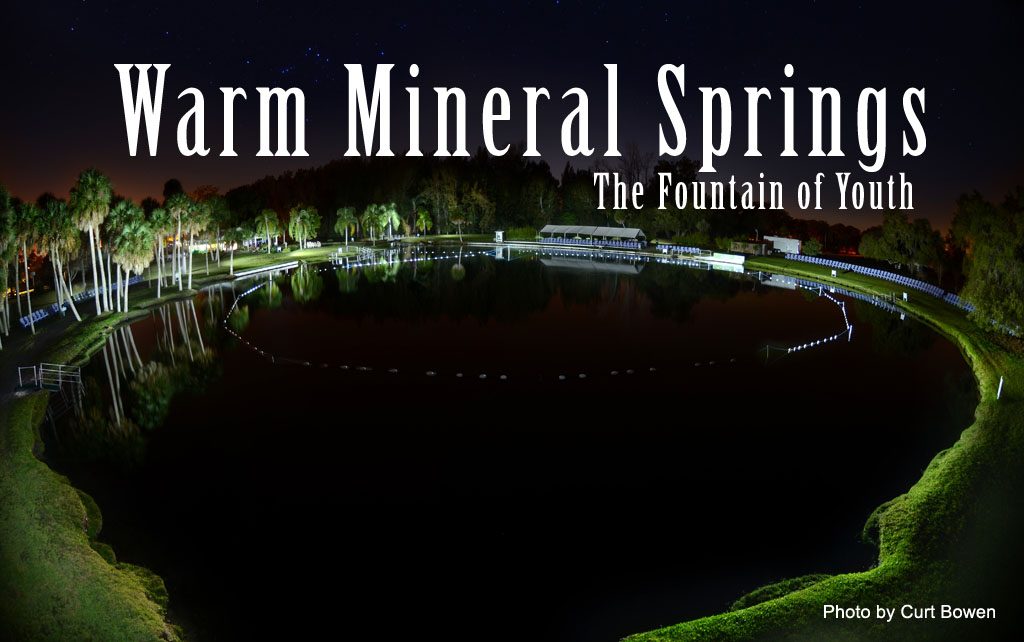 Warm Mineral Springs labels itself as the Fountain of Youth due to the warm mineral-ladened waters that attract bathers to it’s shores. Famed Ponce de Leon may have died in Florida while searching for the Warm Mineral Springs which may in fact be the storied Fountain of Youth.  The Springs is also an archaeological treasure due to the numerous discoveries in the 1950s carbon dated to over 10,000 years ago.

Prior to the discovery of bones and artifacts of at least seven people in the waters of the Springs, the archaeological world thought that man had first arrived in Florida about 7,000 years ago. The first diver to explore the springs, William Royal, found the bones of extinct animals and a ten-thousand year old human skull that still contained brain matter. His were initially dismissed as faulty but over the next 25 years, evidence piled up supporting his findings and changing the theory of how homo sapiens moved across the continent. The vast amount of findings have established the site as one of the most important archaeological sites in North America. 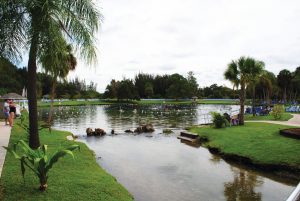 Despite the protections in place due to it’s archaeological importance, the Warm Mineral springs are still open as a spa facility. The pool was created over 30,000 years ago when a subterranean cavern collapsed, creating a giant sink hole. A vent over 200 feet below the surface pushes about 20 million gallons of warm mineralized water into the pool every day. The water has a high chloride and low oxygen content which is the source of it’s claimed healing powers. Healing powers aside, the water is a comfortable 84 to 87 degrees and a good soak eases enough stress to be considered healing all on it’s own.