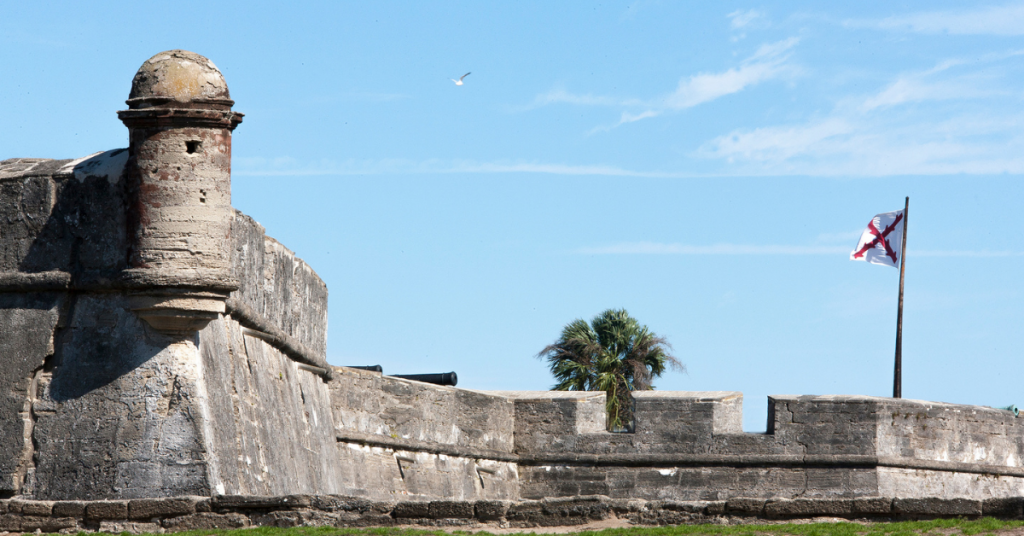 When nine forts, built of wood, were burned by invaders, the Spanish militia constructed a masonry fort that would be nearly indestructible. A sizeable Spanish fortress built of coquina, a stone-like compound created from limestone and shell, impenetrable to fire and enemy attack.

Protecting the Spanish in St. Augustine

Construction of the fort took 23 years and began in 1672. The Castillo, never taken over in a battle, played a profound role in protecting the people of St. Augustine during the 1700s into the late 1800s.

The English attacked the city in 1702 and burned St. Augustine to the ground, but the star-shaped castle survived. The Castillo, never taken by force, was eventually claimed by England and later taken over by America via treaty. 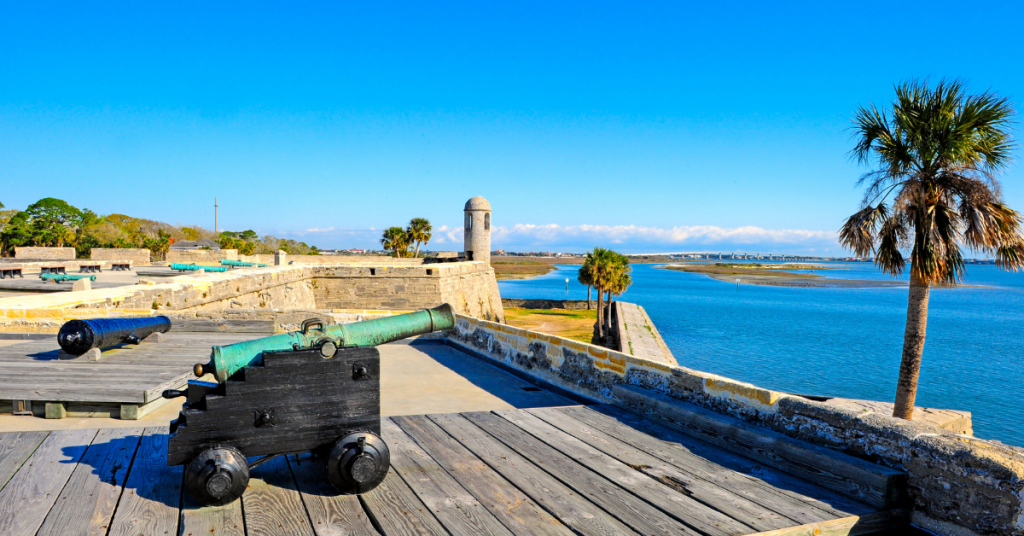 Known then as Fort Marion, President Calvin Coolidge declared the Castillo a national monument in 1924.

One of the Most Visited Historic Sites in St. Augustine

Built by the Spanish to protect the town, it is now, over 300 years later, one of the most often visited historic sites in St. Augustine, Florida. A popular attraction in St. Augustine, it offers regular daily programs, museum exhibits, and ranger-led tours. There are also cannon firings and weaponry demonstrations on Fridays, Saturdays, Sundays, weather and staffing permitting. The Castillo is open daily except on Thanksgiving and Christmas. 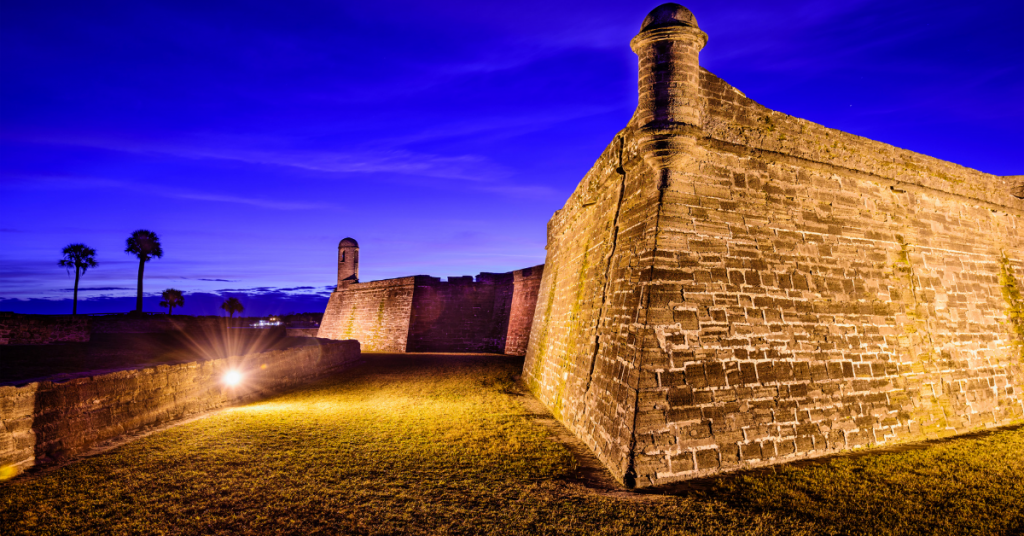 RVing Near the Castillo

All campsites have electricity, water, a fire ring, an in-ground grill, and a picnic table. Pets are welcomed by following the park’s pet policy. For those with young campers, ages 4 to 9, Anastasia offers a Bedtime Story Camper Lending Library with picture books.

The Faver-Dykes State Park features 30 campsites, each with electricity, water, a grill, a picnic table, and an in-ground fire circle. Your well-behaved pets are welcome to camp with you. You can make reservations up to 11 months in advance.

Hot showers and ADA-accessible restrooms are available. Other amenities open to visitors include a fishing dock, pavilions, a children’s play area, and nature trails.

Faver-Dykes State Park has four nature trails to enjoy, the Picnic Area Nature Train, the Campground Nature Trail, the Pine Loop Trail, and the Hiram Faver Trail. Each offers a unique brand of beauty to explore.

Planning Your Next Florida Vacation

St. Augustine, Florida, offers so much to its visitors. There is something for everyone to love with its rich history, incredible beaches, captivating wildlife, and nature views. Be sure to include it in your RV camping travel plans this year and make the Castillo a priority destination.

For more information on the Castillo de San Marcos, visit their webpage on the nps.gov or call 904.829.6506.