You do not have to be a fan of amusement parks to find plenty to do in Florida. The remarkable history of this state means that there are many structures and locations loaded with history. From early Spanish structures to Civil War era buildings, you will find something interesting to study in Florida. 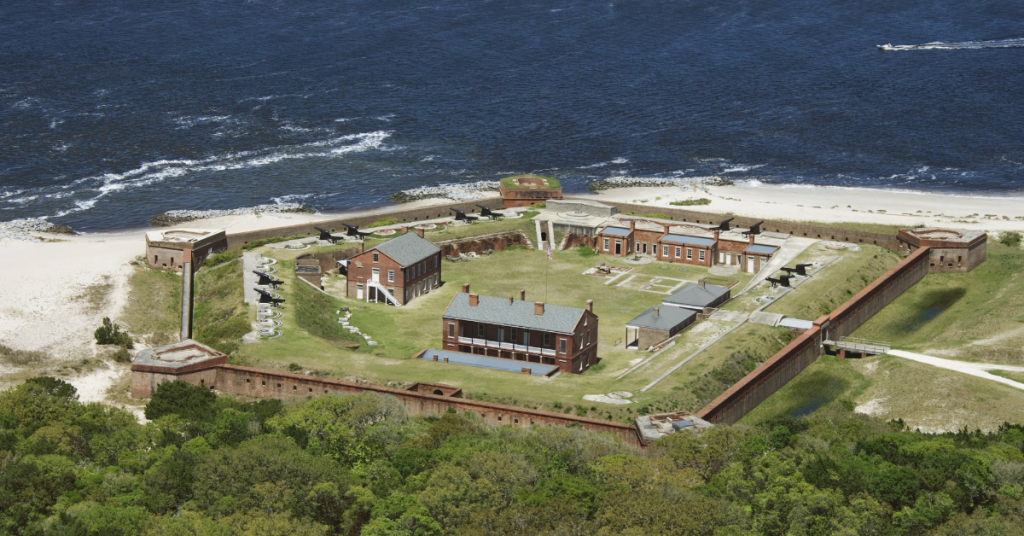 If you are interested in what life was like before Florida became the land of hotels and condos, a visit to Fort Clinch is in order. This Civil War-era fort is located near the border between Florida and Georgia. It was occupied by troops from both sides of the war during the Civil War and was staffed by volunteers during the Spanish-American war. Because no battles were fought in this fort, the site is remarkably well preserved. You will find RV campsites and tent sites at the Atlantic Beach Campground, right on the white dunes. 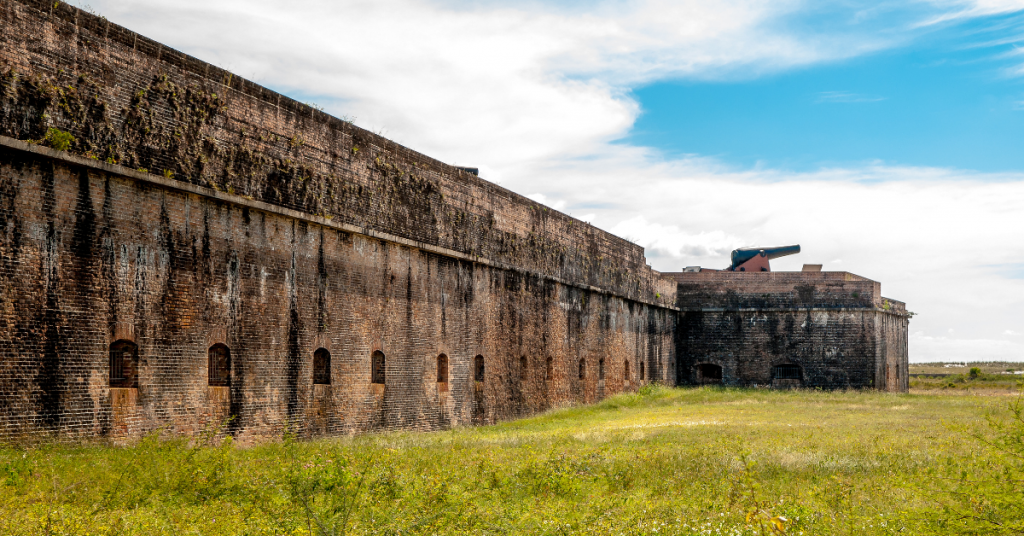 Fort Pickens will take you further back in time. The original structure was built right on the water to protect the Pensacola Harbor and adjacent Navy facility after Florida became a US territory. The original structures date from 1821. It was still in use in 1861 and was held by the Union to prevent the Confederate Troops from accessing the armaments held at the Navy yard. There is RV camping close enough to make this remarkable facility a walking tour, and you will find space to fish and beachcomb nearby as well. 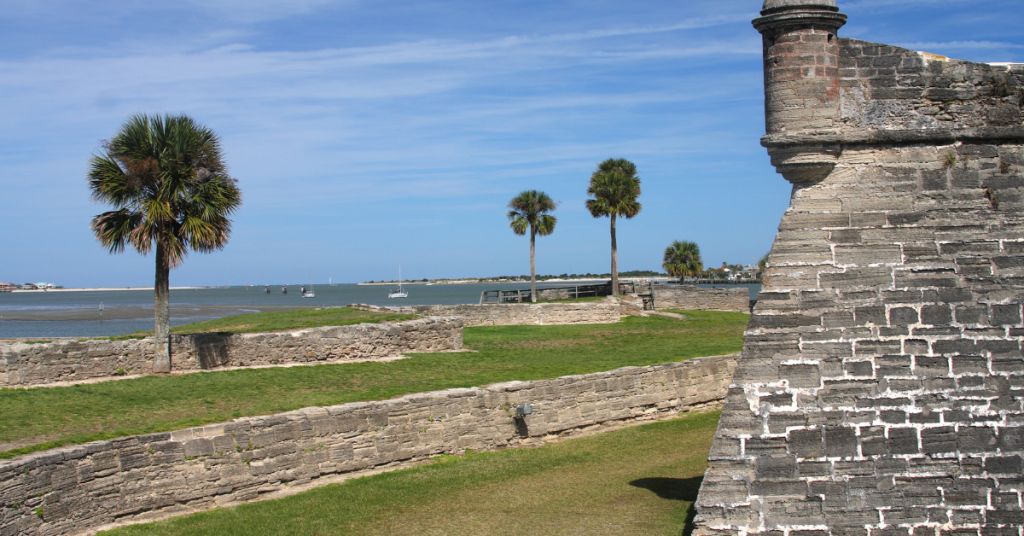 The Castillo de San Marcos is the oldest of the historic forts found in Florida. The structure is built of coquina shell, or limestone, mined from Anastasia Island. The facility has a long history of use and was originally built by the Spanish between 1672 and 1695. The structure hosts both walking tours of several sites and a museum of artifacts found on the site. For those interested in RV camping near the site, there are several options, as well as great shopping to the north in Jacksonville and a wilder camping option in the nearby Osceola National Forest. 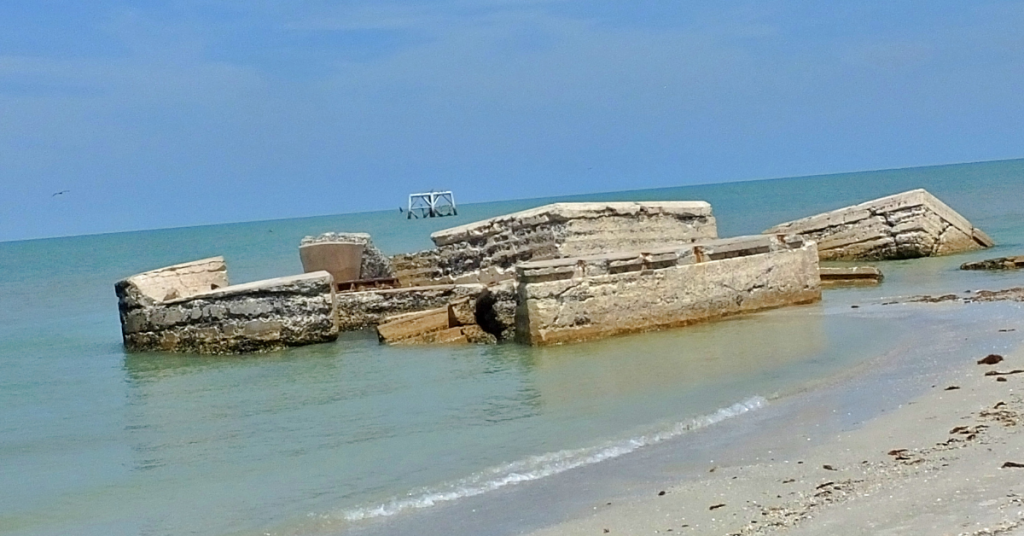 You will find history and so much more on your visit to Fort De Soto and the adjacent park. Fort De Soto was a coastal defense post, built on Mullet Key in Tampa Bay. It was constructed to protect Tampa Bay during the Spanish-American War. Historic Fort De Soto was constructed in the year 1898 and included a narrow gauge railway to move troops and supplies out to the fort and the 275 foot wharf. Travelers can now get there just by driving. Once you are on the keys, make sure to save time for swimming, strolling, and bird watching. 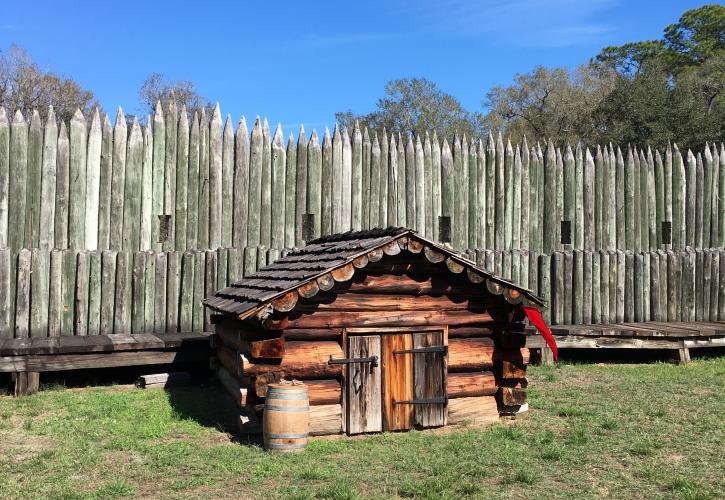 Historic Fort Foster is a reconstruction of the fort built in 1836. The site dates from the Second Seminole War and the original structure was constructed in 1836, to guard the Fort King Military Road Bridge. This bridge carried supplies across the Hillsborough River. Both Fort Foster and Fort Alabama are historic forts built during the 1836 war with the Seminoles and both were destroyed, by fire or by explosion. The site is located in the center of the state between Tampa and Palm Bay. RV camping can be enjoyed at nearby Bonnet Lake RV Resort, and you can enjoy nature walks and guided tours of the reconstruction.

Florida is home to some of the oldest structures from the early days of the United States. Fans of history will find plenty to do across Florida, no matter their favorite historical period. From reconstructions to original structures, you can find a great place to camp, RV, and study the past.