Spiders in the Sunshine State

Have you ever heard of the phrase, “Florida is the Australia of the United States?” Well, I’m here to inform you that it’s not an entirely inaccurate statement.

A new species of spider has just been discovered near Miami.

It’s called the “Pine Rockland Trapdoor Spider.” The Zoo Miami describes these spiders as elusive and related to tarantulas. Like other trapdoor spiders, they live burrowed in sandy soil under a trap door that they used to catch prey.

What We Know So Far

This species was first photographed in 2012, and only four male spiders of the species have been found since so there’s no major cause for concern if you’re living in Florida or considering traveling to the Sunshine State.

Interestingly, no female spiders have been discovered as of yet. But where there are males, there must be females. Frank Ridgley, head of Zoo Miami’s conservation and research department says that females are likely to be up to four times the size of males.

These spiders will only venture a short distance from where they are born, so they’re likely to be contained around the Everglades in South Florida. 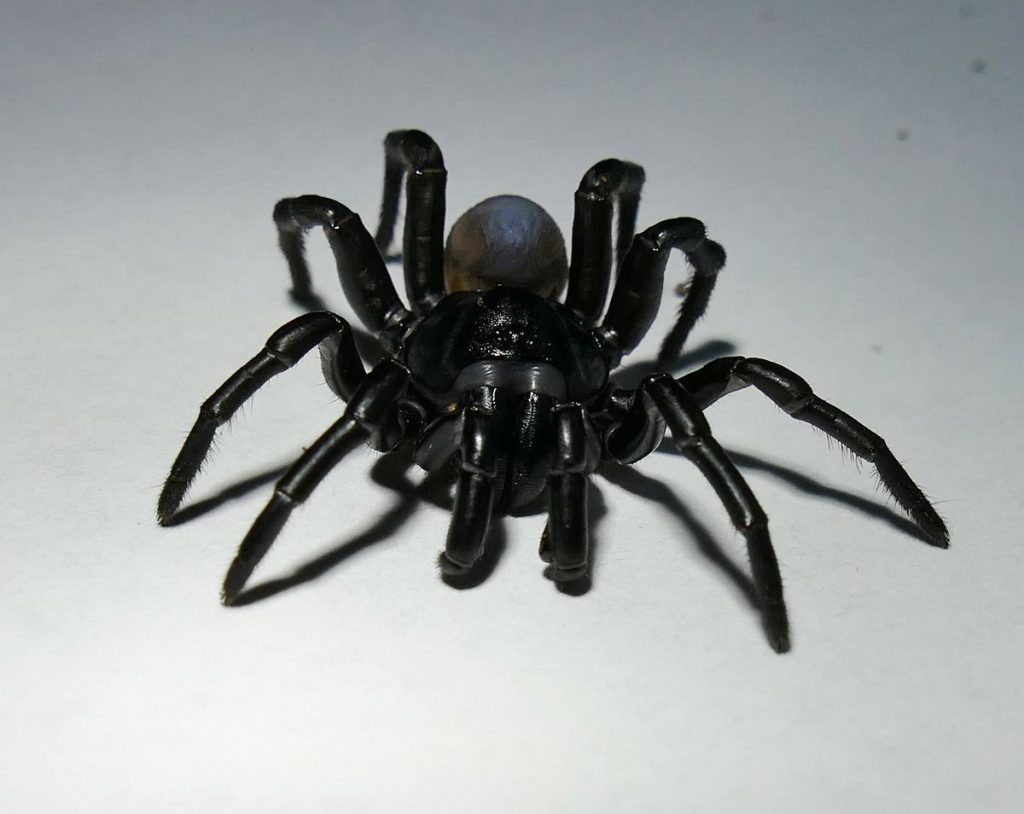 Like most spiders, the Pine Rockland Trapdoor Spider is venomous, but that venom isn’t a threat to humans. “Venoms of related species have been found to contain compounds with potential use as pain medications and cancer treatments,” Frank Ridgley, Zoo Miami Conservation & Veterinary Services Manager, said.

According to Rebecca Godwin, an assistant professor of biology at Piedmont University, it’s a “very gorgeous looking spider.”

If you’re a spider enthusiast and hoping to be one of the first to catch a glimpse of this new species of spider, read on to find some places you may be able to make that dream a reality. However, if you do happen across one of these rare spiders, be sure to leave it alone, as it’s not dangerous to humans and its species is assumed to be in peril.

RVs provide more shelter and amenities than a tent and, especially if you’re aiming to avoid creepy crawlies. Here are a few of Florida State Parks near the everglades that allow RV camping and possibly your chance to get a look at the new spider when you are out on a hike!

Many people venture to Florida for its white sandy beaches and pristine emerald water, but there’s far more to the outdoor recreational seen than just the beaches.

Florida is home to more than 700 natural springs, which produce fresh water and are home to manatees during the cold winter months. Springs are perfect for kayaking, canoeing, snorkeling, scuba diving, camping, and daytime swimming.

If you can beat the heat, hiking in Florida is just as beautiful as if you were in a mountain state.

While outdoors, keep in mind that Florida is home to alligators, snakes, and even monkeys! So while you’re keeping an eye out for that spider, keep an eye out for all of the other glorious wildlife you may come across.